A Selection for Every ITV Race this Week

"That's two 5 star reviews from us for Carl Nicholson... some achievement!"

Or First Nation, Sands of Maili & Spring Loaded at 14/1

Every Race Analysed and a Bet in Every Race on ITV

Plus a Nap and Next Best Bet Each Day

Make an Afternoon Of It!

ITV Racing on the Box, Your Favourite Beverage at your side and a Winning Slip in Your Hand

ITV Racing Tips For Every Race on ITV  today

Selections Available by 10 am on the morning of Racing

A Nap and Next Best (NB) for Every ITV Race Day

If you like a Big Win combine the selections into Doubles, Trebles and Yankees for 4 figure wins from small stakes bets 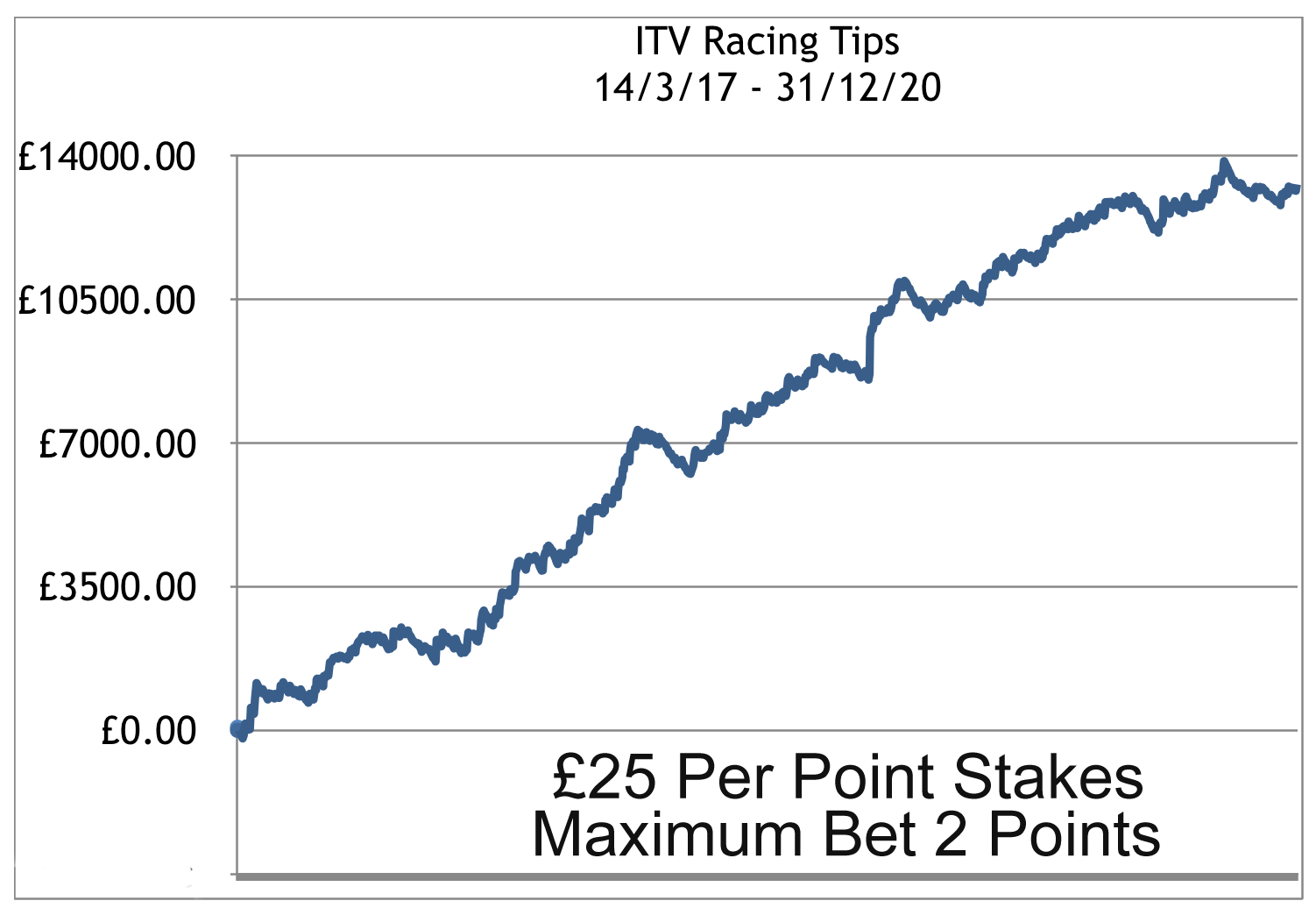 Why should I pay for ITV Racing Tips?

Of course there are free tips for ITV Racing on ‘The Opening Show’ at around 9.45am every morning. And you can find The Opening Show tips on the ITV website on ITV race days.

But these are not tips from people who have to make a profit. The job of Ed Chamberlain and Oli Bell along with Matt Chapman and ex jockey's Jason Weaver, Mick Fitzgerald and Luke Harvey is to entertain.

Furthermore any selection they give is likely to be over-bet, meaning the odds end up being shorter than the true chance of the horses mentioned, which means if you follow these selections you are making bad value bets. In the long term bad value bets means you lose.

Should I listen to trainers comments?

On The Opening Show and other places you will hear trainers make statements regarding the likelihood of their charges winning.

I always listen to what they have to say, but I keep in mind that trainers only really know the current fitness of their own horses, that they frequently over estimate the ability of their own horses and in some cases a trainer will deliberately mislead with their comments!

Free horse racing tips are frequently worth exactly what you pay for them.

Often their purpose is to get you to bet with a particular bookmaker and those that post them earn a commission from the bookie if you lose.

Of course that is not always the case and some very well respected people post selections in order to highlight their expertise.

When you follow my ITV Racing Tips you are getting selections from a service that has proven to be profitable since ITV started broadcasting racing on terrestrial tv. See the profit chart higher up the page for details.

ITV took over the broadcasting of UK horse racing on terrestrial TV from Channel 4 at the beginning of 2017 and that is when the ITV Racing Tips service was launched.

Originally it was an add on to my Value Backing service but it quickly become very popular as the profits shot up and now it is a stand alone service here.

The show is in two parts with The Opening Show broadcast in the morning and the live racing in the afternoon.

The Opening Show is the ITV version of the old Morning Line Channel 4 show.

ITV have a mix of horse racing tips, discussion and features.

As well as ex jockeys Luke Harvey, Jason Weaver and Tony McCoy who will be familiar to viewers of At The Races the show also has representatives from famous racing families like Francesca Cumani and Sally Ann Grassick

What People are Saying about Carl Nicholson's Selections 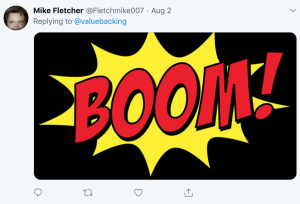 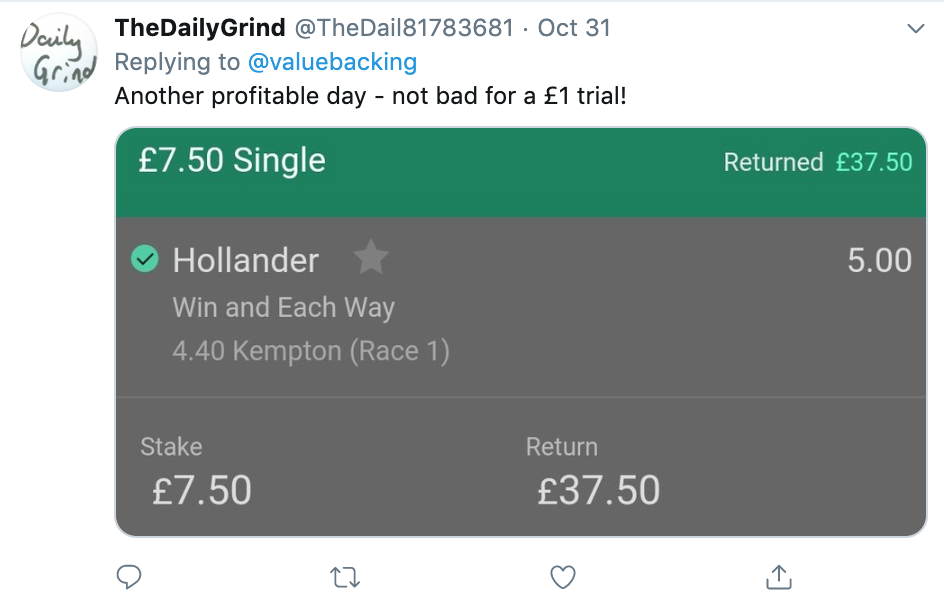 “For all those sceptics out there that ditch on the bad runs just ride the storm then you will be rewarded favourably if you stick it out with Carl.

Not only did we get that nice treble last night the first advice this morning romped home C. Note at 17.0 OH MY GOD I WAS JUMPING DANCING IN CELEBRATION well done Carl.”

Long May it Continue

“Just want to send a couple of lines to thankyou for the time and effort you obviously put into your service.

It's much appreciated and long may the winning continue ” 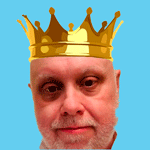 If so just add your email address below, check the box and click the button.

You will then be added as a member of Value Backing Lite.